DID YOU KNOW… One of the most important benefits to you as a member of the Laborers Union is the benefit of Collective Bargaining. A Collective Bargaining Agreement (CBA) is an agreement/contract negotiated between the Laborers Union and an association of contractors on wages and other conditions of employment. Why is this important? Because without a contract, nothing is promised. 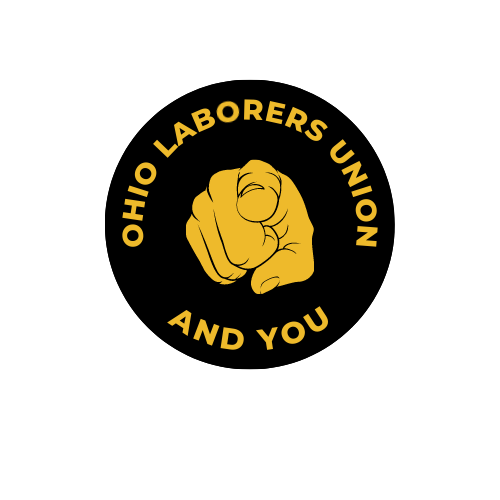 On this month’s episode of Ohio Laborers Union & You podcast, we will be talking with Ralph Cole, Business Manager of Ohio Laborers’ District Council. Hear his take on the complexities of the District Council and the CBA process. We covered it all. From what the DC does, to his entry into the Union, the importance of CBA’s, building relationships, and always putting members first by advocating on their behalf.

The first Laborers’ Union chartered in Ohio was in 1912 and since that time, collective bargaining agreements have had a profound impact on the lives of working men and women. By the mid-1960s, there were more than a dozen unions. This collective power enabled Union leadership to establish the statewide pension and health and welfare funds that cover more than 15,000 members today.

Collective bargaining agreements serve many roles, including (but not limited to):

• Adopting measures for settlement of differences between contractors and employees,

• Setting geographical boundaries of the agreement,

• Determining the scope of work covered by the agreements.

Laborers in Ohio may work under a variety of different CBAs, but most of the work is performed under one of the following:

Your Local Union Business Manager leads the negotiations on your behalf in Local Union Building Agreements. Similarly, contractors form an association that is responsible for negotiating on behalf of all signatory contractors. For the Heavy Highway Agreement, the Ohio Laborers’ District Council Business Manager/Secretary-Treasurer Ralph Cole leads negotiations on behalf of the union members, and the Ohio Contractors’ Association bargains for the contractors. Pipeline agreements are negotiated by the Laborers’ International Union of North America (LIUNA) and the Pipe Line Contractors Association. Because Heavy Highway work represents the largest portion of work performed in the state, the fringe benefit contributions negotiated in that agreement set the standard for all other agreements in the state to follow. The Heavy Highway Agreement also covers the entire state of Ohio (plus some counties in Kentucky and West Virginia); however, wages can vary somewhat by county and by job function.

As we enter a new work season, you may see a change in your hourly wage. For Heavy Highway work, an increase became effective May 1. Other agreements may have different effective dates. Keep in mind that negotiating the wage increase along with other benefits and conditions of employment are not entered into lightly.

Your union is working for YOU!

Our labor unions are not narrow, self-seeking groups. They have raised wages, shortened hours, and provided supplemental benefits. Through collective bargaining and grievance procedures, they have brought justice and democracy to the shop floor."